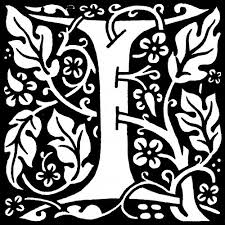 mber at your school English class learning about the infinitive. The infinitive is formed by using the verb with ‘to‘ right? Hmm, seems that like a lot of things in English, it isn’t quite so simple. The Cambridge Guide to English Usage (Pam Peters) explains that the ‘to‘ attachment was historically not formally part of the infinitive until the 18th century. Indeed, the infinitive examples given that do not have the ‘to‘ attachment include ‘I will ask‘, ‘you may go‘ and ‘they couldn’t decide‘. Infinitives are not sufficient to form a finite clause or sentence and that is why there is often an auxiliary verb to form the clause. For example, ‘I wanted to hit the target in the centre‘. This sentence comprises the subject ‘I‘, the verb ‘wanted‘ and its qualifying infinitive ‘to hit‘, the object ‘the target‘ followed by a qualifying phrase ‘in the centre‘.

There has been a lot of fuss about the split infinitive but the objection to splitting the infinitive is only to ensure clarity of meaning. It sometimes avoids an awkward construction and provides clarity to split the to-infinitive as in the guide’s examples of ‘He wanted to more than match that offer‘ and ‘He failed to completely follow the instructions‘.  If you consider the alternatives, maintaining the to-infinitive without the split, you can see the problem. The meaning in the latter would change: ‘He failed completely to follow the instructions‘.

The to-infinitive can also serve as a verbal noun as in ‘To err is human‘.

If you need your written work proofed and/or edited, check out my service at http://paulvanderloos.wix.com/editor